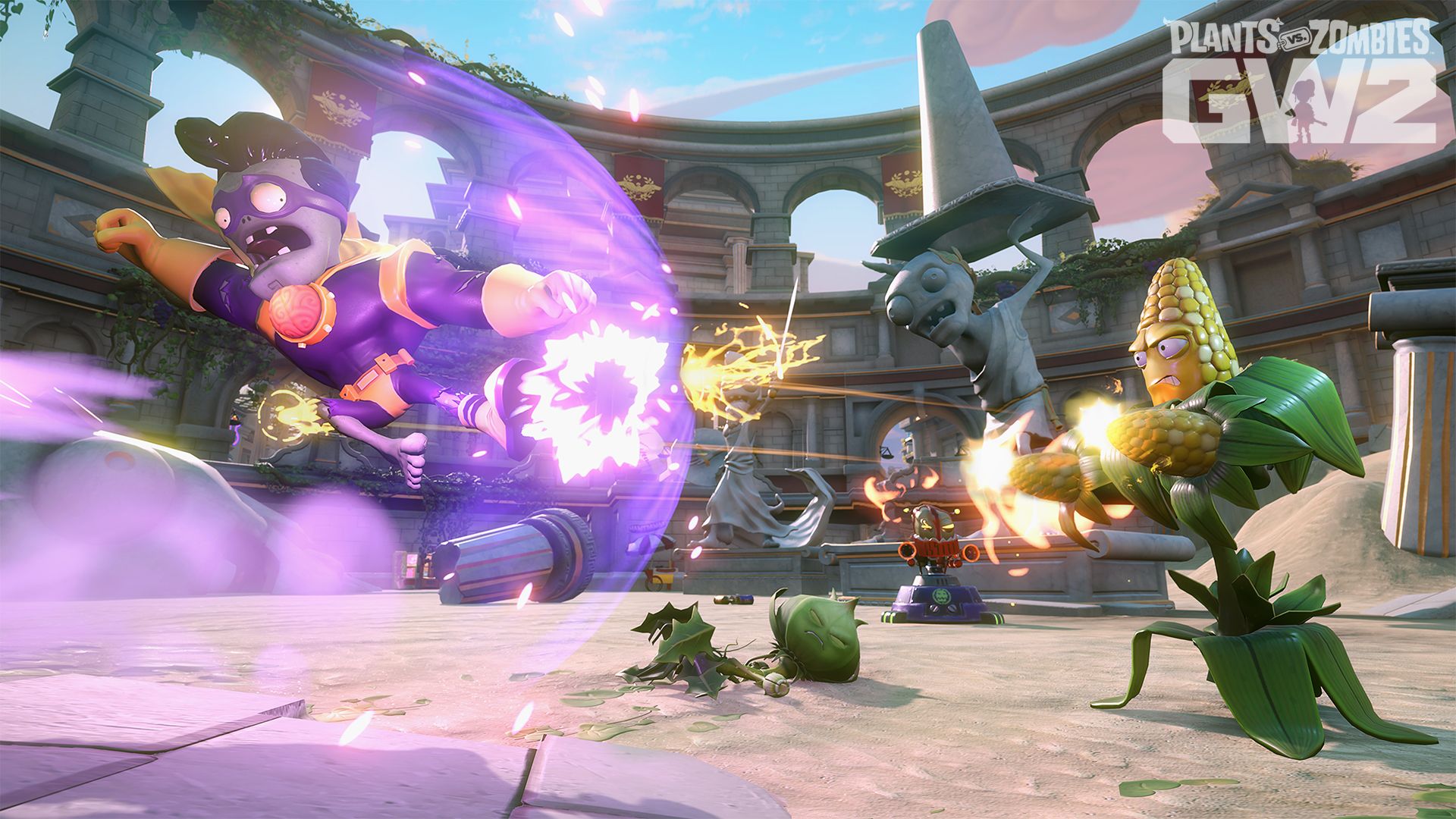 With a sequel firmly cementing its status as a series and not just a strange one-off, Garden Warfare continues to be an unexpected experience. The humorous tower-defense series that birthed the world and characters of Plants vs. Garden Warfare 2 fixes many of the problems that dragged down the first game, leading to a much fuller experience with lots of worthwhile new content. The core Garden Warfare 2 experience is mostly unchanged from the previous game. Every class on each side of the war has distinct abilities that players unleash to take out members of the opposing team, or defend points. Both the plants and zombies have new classes, alongside those returning from the previous game.

While the first Garden Warfare game seemed to have a good handle on what it is, the second title in the new spin-off leaves me wishing for more.

Not much has changed between the first and second Garden Warfare titles. The premise of the game has evolved into that of a battlefield between the two factions. The Plants protect the sunny side of the map and their garden while the Zombies are protecting the darker portion of the world. In the middle is an open world map that can be jumped into without needing anything other than a character picked. It's a pleasant start to the game as it allowed me to get used to the mechanics of the game.

Opting for the Plants side, I stuck with the default character of Sunflower. The third-person camera angle was difficult to used to simply because in a world where first person shooters dominate the market, it's tough to adjust to seeing your character as well as the crosshairs in the middle. While the combat itself is fine, there's almost nothing new from the previous game.

Each of the individual characters that can be unlocked have their own abilities, most of which are exactly the same as the first PVZ:GW game. The aiming mechanic has its moments of good, but mostly I found it to be difficult on certain abilities. The sunflower's shooting is fine, but even when trying to zoom in with L1, there are some major issues as the trajectory of the ammunition didn't seem to match up with the actual crosshairs.

This became more of a problem as I took on harder enemies, resulting in a lot of yelling and a lack of desire to try and progress. Garden Warfare 2's upgrades come in the form of a convoluted quest system that has a rather boring, uninteresting story behind it. It all still boils down to the same thing: The zombies want to beat the plants and vice versa.

Most of the early quests come from Dave Bot , whose gibberish commentary was cute the first time I talked to him and progressed to being utterly infuriating.

I'm a person who turns off the subtitles when going through a campaign, so essentially being forced to read the story while this goofy robot is yelling out incoherent grunts didn't exactly make for an enjoyable experience. At least the interactions with Dave Bot are short, but even progressing from there, voice acting isn't anything more than that. It's just that he's the most annoying and the most accessible. Graphically speaking, the game holds up quite well in the next generation.

The textures are smooth and the character designs are clean. I did enjoy the surroundings, especially when just roaming the main map to see what all was around. The artists put in a lot of work to make the map look less of a battleground and more of an actual neighborhood that's being contested.

It isn't anything mind-blowing, but having simple artwork that's good to look at is always a plus. Roaming the map led to the most fun for me over the long haul. Quests give the experience necessary to progress, but the quests are essentially just tower defense and shooting which got old in a hurry. Roaming the main map allows for plenty of discovery.While I was running from a set of zombies, I stumbled into the sewers and found an entirely new area to roam underground complete with treasure chests, items, and new enemies to take on.

I feel like GW2 should have shunned the questing system in the form it presented and should have had it be a far more open world with NPCs, items, and so on to discover that unlock quests in different areas. Going to a generic dashboard and just seeing a progression chart is annoying, especially when you have to go back to the base in order to access it.

My biggest issue with GW2 is unlocking the items necessary to truly hold up in the quests. Coins are earned in order to purchase cards that unlock cards as well as plants to put into the tower defense pots in each of the quests. Failure to pick these up not only ramps up the difficulty, but it makes it downright impossible to progress without gaining any major bonuses.

The coins go fast and saving up takes time. When new characters are unlocked, they also start at level 1 and you basically have to start all over if you find one you like. It's the Final Fantasy 2 syndrome all over again in the next gen, though not quite as bad.

If you enjoy the tower defense hybrid, then GW2 is definitely going to get your full attention because in order to go deep into the game, you had better enjoy it and be good at it. The repetition of essentially the same thing over and over again, facing the same enemies all the time in just different waves wears on a player.

This is what GW2 is, and there's really no middle ground as free-roaming will only get you so far. The campaign quests have to be done to do major progression and sometimes over and over on the same quest with different characters. Garden Warfare 2 really can't decide what it is.

Ultimately, it's a decent tower defense game paired up with a very mediocre third person shooter with aiming problems. The franchise looked like it was revamping itself with the open world roaming, but that didn't last long as soon as it becomes obvious the questing system is just a fancy way of saying you're doing the same thing, over and over again. There is a lot of potential here that's missed and will never be realized.

Garden Warfare 2 will be fun for those who enjoy the tower defense genre. Anyone else will want to stay away from this game that suffers from lackluster controls in third person shooting and a missed opportunity to create a much larger world to explore.

Sean is a 15 year veteran of gaming and technology writing with an unhealthy obsession for Final Fantasy, soccer, and chocolate. We're looking for new writers to join us!

Zombies: Garden Warfare 2. About Author Sean is a 15 year veteran of gaming and technology writing with an unhealthy obsession for Final Fantasy, soccer, and chocolate. Prohlédnout profil. 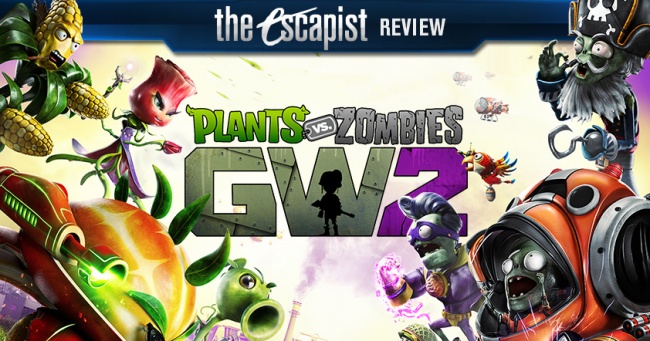 Read Plants Vs. Zombies: Garden Warfare 2 reviews from kids and teens on Common Sense Media. Become a member to write your own review.

Own a Xbox One? You have your pick of two fantastic shooters to play today. First up, The Division. The open beta is live. H1Z1 and DayZ taught me to trust no one in these type of games. The open beta brings a host of tweaks including significant increases to NPCs in the Dark Zone and fixing issues where players were invisible. Props to Ubisoft Massive for fixing these issues quickly. 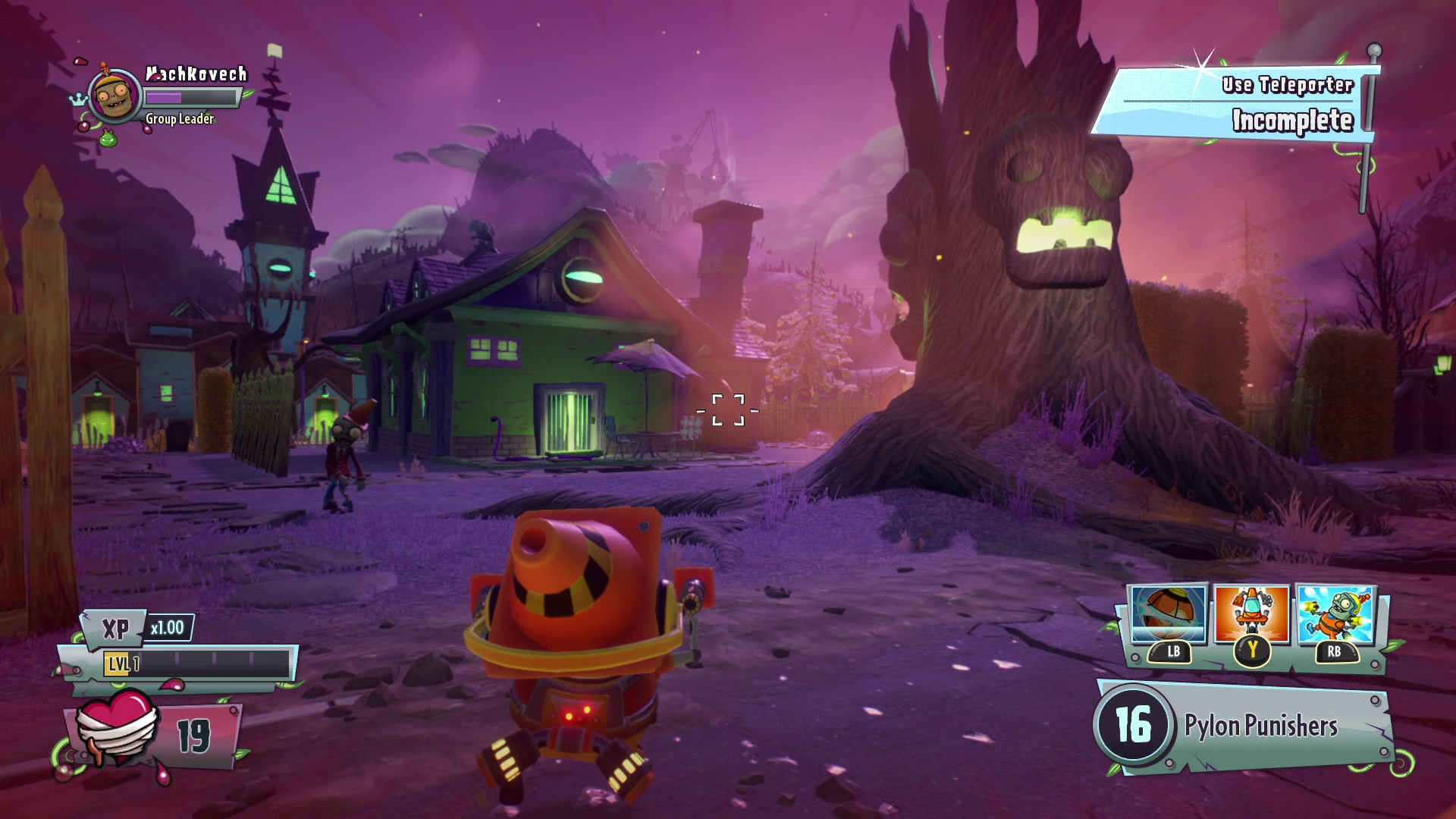 There's a whole heap of zombie fun to be unearthed in this sequel from PopCap Games. Turning the tower defence play of strategy hit Plants Vs Zombies into a multiplayer shooter with Garden Warfare was a pleasant surprise back inAnd from strong roots this sequel has shown plenty of growth. Garden Warfare 2 makes great use of its class-based flora and undead fauna, introducing excellent new soldier types and modes. A two-player splitscreen mode is a rare and welcome addition, while pretty much every competitive mode can be fleshed out with AI opponents and some clever modifiers, such as double-speed and unlimited ammo.